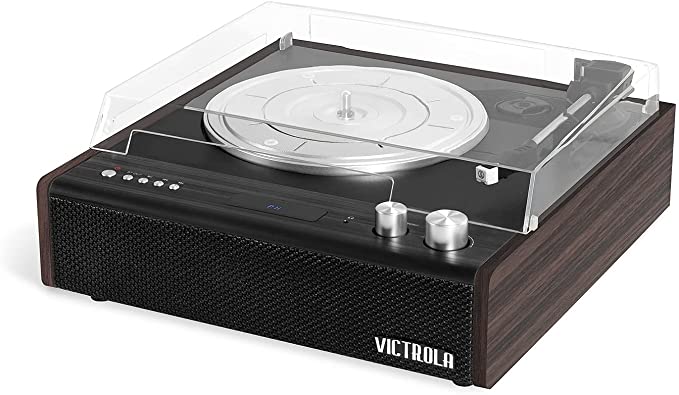 Sometimes, you just want to grab an old LP copy of “Abbey Road” and enjoy it the way you first heard it — from a turntable or all-in-one vinyl player. Maybe you’d like to stream your lp vinyl into your favorite Bluetooth speaker or earphones.

I have a revelation for you.

Some years back, I inherited a stack of 78 rpm records. These haven’t been made since the late 1950s. I wanted to import them selectively into my computer for distribution to my phone, tablet, etc.

I started looking into a range of portable record players that played 33, 45, and 78 RPMs and allowed for easy transfer to a computer. The choices were plentiful. Crosley, Victrola, Jensen, and other seemingly legit names were making portable “record players” (implying a speaker/turntable/amplifier all-in-one approach). Some came with handles. All were pretty small and cheap, but then again these manufacturers (mostly China-based) thought they were just taking advantage of a fad.

One of my goals was to not just record the disc but make sure it was annotated properly, with songs separated by their various titles, etc. This is something a function that seems to accompany every cheap turntable on the market. So I tried a couple of those turntables and while that function worked, the recording quality was horrible.

I tried upgrading cartridges and needles, but all of these tonearms were designed for the cheapest “diamond“ stylus you could find. I was able to slightly upgrade one, but it didn’t seem to make a big enough difference to satisfy my ears and I sold the lot of test record players.

Then two things happened: I received about 200 vinyl LPs via freight, and nearly simultaneously a browser ad popped up for something called the Victrola Eastwood (see it on Amazon here).

This turntable was more expensive than the cheapest you’ll find online and at Walmart, but it had some significant differences. For one, it was selling its quality as a turntable, not a transcription device. It has Bluetooth built-in to send the turntable’s signal to external devices like Bluetooth receivers, headphones, Bluetooth-equipped amplifiers, etc. It has line-outs if you want to hook it up to an amp or tuner the old-fashioned way.

But what hooked me was the fact that the cartridge/stylus, while looking simplistic, was referred to as a “magnetic cartridge” and it was made by Audio-Technica. It was not the ceramic needle that was the main audio pickup of most of these Chinese factories’ output.

Someone was offering one on eBay for a rather ridiculous price, so I figured I’d order it and test it, hoping that there were no undisclosed faults.

The seller wasn’t that far from me geographically so I had the unit within two days. It was packed and its original box, seem to come complete with everything offered, and I proceeded to unbox it and set it up. It sure looked nice and didn’t take a ton of shelf space. It came with a power adapter.

But when I attempted to play an LP record, Crosby Stills and Nash, I heard a very faint sound and a lot of mud. I looked at the cartridge and it seem to be hanging loosely. Clearly here was the undisclosed fault.

Google is your friend. It turns out this was the problem many people were having the cartridge just didn’t seem to fit into the tonearm. Finally, I found the solution — — you have to push a little harder upward to get it to snap into position. I did that and restarted the record and suddenly very decent sound was coming out of its little built-in speakers.

But to really test the quality of the turntable I would have to use the Victrola Eastwood’s unique feature: “Bluetooth stream”, which allows you to use Bluetooth to send your vinyl sound to any Bluetooth device.

On my fireplace mantle, I have a Grace Internet radio amplifier and speakers, which are basically obsolete because Grace’s Internet radio directory supplier went out of business and obsoleted thousands of Grace radios across the country. To ensure there was still some functionality, I bought a Bluetooth receiver just for the purpose of streaming music from Alexa or an iPhone.

Sending the signal to the Bluetooth receiver would be my real “ear test” since while the built-in speakers on the turntable are okay, they can’t really reproduce more subtle highs and lows.

I started CS&N, pushed the BlueTooth stream button, waited for the receiver to pick up the turntable, and bango! Bass, treble, and “Judy Blue Eyes”.

It was the best the Grace Radio ever sounded. So I kept it. I’m listening to one of my favorite bands right now, Milwaukee’s Snopek.

The features of the Eastwood are impressive:

What it DOESN’T come with is any software to automate your ripping of music to your computer devices like often provided with cheaper turntables. Golden Records seems to have all the built-in tricks to separate your tracks, look up song data, and populate your file with all the info you’ll need to merge it into your collection.

But what I like best is strolling through my collection, picking out a fave, and hearing the original record I grew up with — warts and all.

You can try out the Victrola Eastwood by buying it on Amazon with a 30-day free return guarantee. There are a number of available wood trim colors available. Price should be around $99.99 or lower which isn’t bad since the real cheapy’s prices are in the $50–$70 range now.

Note: article includes affiliate links that may pay me a small commission at no cost to you. 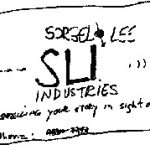 My Life in Multi-Image: