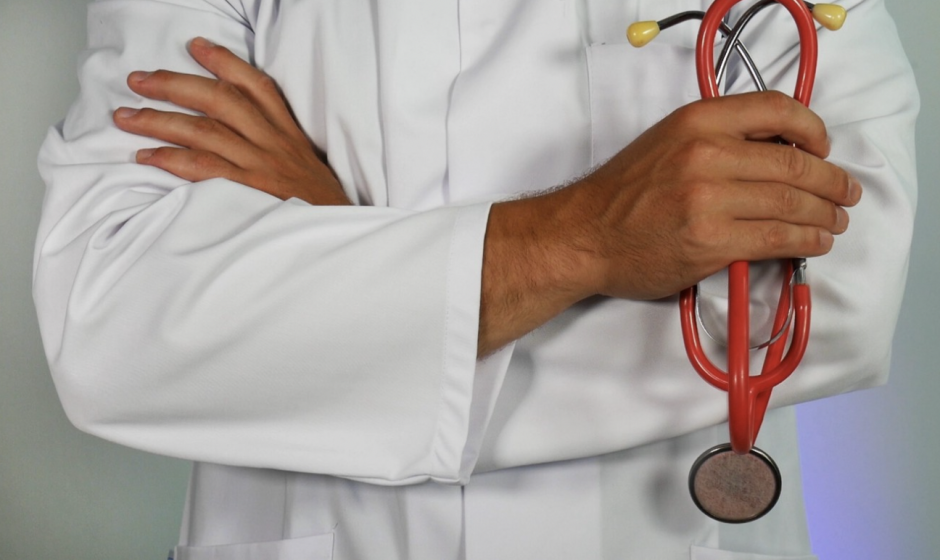 Things that were a pain, and a look at the role of the “Caregiver”

A hospital room is chaotic. There are doctors, nurses, and aids visiting you constantly, and the buzz of activity pretty much prevents you from watching or reading anything that isn’t short and self-contained.

I brought along books and plenty of Netflix. I never touched either.

We were placed on a restrictive “low microbial” diet which restricted food that hadn’t been thoroughly cooked or cleaned before it reached us. Germs were the enemy, not to mention our taste buds. Most meats were flavored variations of overcooked turkey, shaped to imitate the real deal.

The day of your transplant is known as “zero-day” because that is the day you are reborn with a new autoimmune system.

I was placed in room 301 of the wing housing the transplants. It really was a nice room — desk and chair, two recliners, private bath, and of course one of those chameleon beds.

You are admitted to the hospital 5 days prior to zero-day, to start a regime of chemotherapy and radiation. In my case, it was chemo only, because I had a pacemaker. The manufacturers of pacemakers insist that it is not safe to include radiation in the routine. I assume this is because they. want to avoid lawsuits. Chemo can be rough on certain body parts; we chomped on glasses of ice while the treatments were administered to prevent mouth sores.

However, after testing it, they realized that the pacemaker on the left side was blocking the reach of the lead line to the heart. As a teaching hospital, this led the doctor who installed it (properly) and her students to my room to see what measures could be taken. Some of the students tried brute force, which didn’t help. Eventually, after a few tries, my primary doctors tried to install a pick line, a two-port solution placed in the arm. The second time for the pic-line was the charm. This, however, delayed my “birthday” by a day.

With Covid in the mix, many of the routines of the wing were curtailed. No exercise room access, no meals on-demand. The biggest was visiting hours. What was once a 24-hour visiting policy for family and friends was reduced to five hours in the morning. Only one visitor was allowed — your full-time caregiver. Masking is required.

The unique feature of most transplant programs is the 24-hour caregiver. The assumption is that after you show all the right platelet, white blood cell and red blood cell counts, in a consistent day-to-day manner, you can be sent home. This can take as little as a few weeks, but in my case, it took 83 days. During that time, the caregiver is the only one who can visit you in the hospital. But the real job starts after discharge.

The caregiver takes care of you once you leave the hospital. This can be in your home but may also be the caregiver’s home if that offers advantages — like no stairs. My house has plenty of stairs; my caregiver had a ranch house. Ranch house won.

You are weak when you leave for home care, and the caregiver is expected to provide driving to the hospital for follow-up visits (2 a week at first), management of medications (I was taking around 30 pills when I first went home) provision of a low microbial diet, cleanliness and sterilization of the facilities, helping bathing, and more.

My sister, Anne Marie, volunteered early and often. She had just retired after a 20-year stint as program coordinator at a senior living center where she knew the ins and out of drug programs, benefit programs, senior equipment needs, and more. She was, and is, a planner and a doer.

She was at the hospital the majority of the 82 days I was there.

She hosted me in her home with an eagle eye concerning the written needs of the hospital in seeking out rashes, bleeding, fatigue, mental confusion, and other abnormalities that could mean trouble.

She and her husband Clyde managed to make a tasty low microbial diet.

Clyde often drove her the one hour and a quarter it took her to get to the hospital.

She encouraged exercise, walks, and reconnecting with friends (via mail, email, Facetime, and other means).

During the early days in the hospital, she patiently tried to make sense of my delirium (more to come).

Once I was released, she drove me to the hospital for a Doctor’s follow-up sessions and blood transfusions (transfusions happen early in recovery). This could often involve a lot of waiting. A blood transfusion can take 2 hours. Double that if you get two.

So before we get into the nitty-gritty of the Bone Marrow Transplant, I just want to thank Anne Marie and Clyde. I will thank more people later. 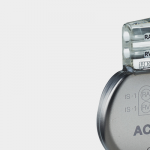 Complications: The Story of My Heart 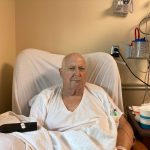