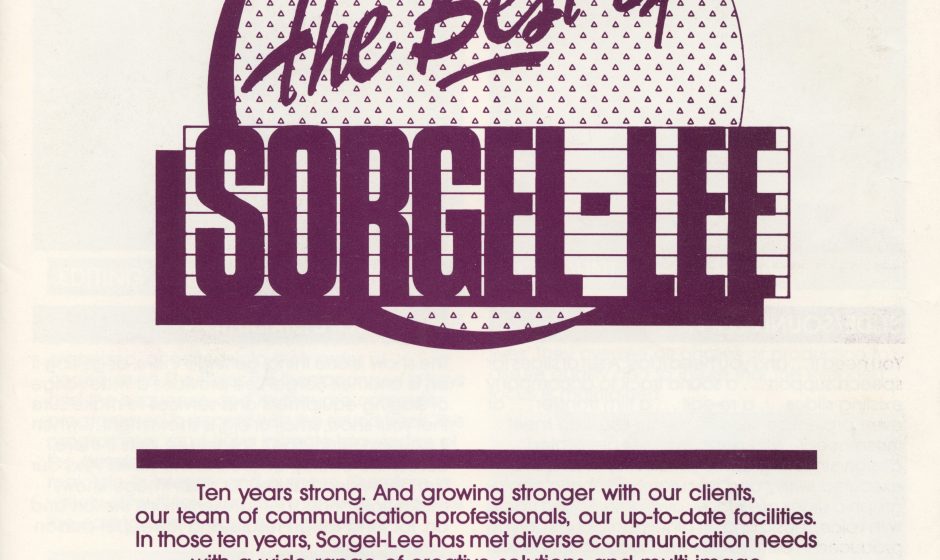 With our renewed concentration on slides and multi-image, things began to take off.We moved into subsets of the slide show, including speaker support and staging. I was fond of neither but understood their financial worth to the company — so long as they didn’t dominate our product mix.

The “story” remained the most important endeavor for me, and our writing staff (at this point, Linda Duczman, now an Executive Producer and Vice President, Julie Santapoalo, and Lora Keller, a part-timer just out of college who showed early signs of brilliance). As long as our firm maintained that focus, and made money, I’d be happy (OK folks, this is called foreshadowing).We maintained a number of our continuing accounts, and developed a relationship with the “Executive Communications Center” of Wisconsin Bell, in Bishops Woods. We would help design a theater, and produce ongoing sales shows for them.After producing one or two shows, the ECC decided to hire its own producers and kept us around for the speaker support. This was discouraging to me — sacrificing video and film for speaker support slides?But then, an opportunity for us storytellers struck — in the form of the Milwaukee Advertising Club’s Addy Awards. We had produced these three times prior. Two were clear-cut winners — funny, fast-paced multi-image and multi-media extravaganzas that had helped us develop our early reputation on the meeting business. We always retained control of the scripts — and delivered an entire package. But we never had control of the theme. The one time we did — we produced an overly long, biting presentation so unlike us that some people didn’t even know we did it. Those that did, though, vowed we’d never have anything to do with the Addy’s again.In late 1980, I found myself, as a VP in the Milwaukee Ad Club, on the Addy Awards Committee chaired by Lee Dolnick, the GM of WISN/WLPX, and a very creative person in his own right. Along with other committee members, we met at the Milwaukee Athletic Club from September to December trying to come up with a theme.

Finally, in December, with the awards program just two months away, I suggested a theme — “Broadway” — since this Addy program would be the first held at the historic Pabst Theater.The committee agreed, and I quietly volunteered to produce a show relevant to that theme — “simple and to the point”, I told the committee.After the other members left, Lee Dolnick and I were left at the table to clean up a few last items. It was then that I asked him if he could keep a secret. He could. And he supported what I really had in mind.Two and a half months later, after the cocktail party at city hall, 700 people marched into the Pabst Theater expecting to see the same old dull slide show they had gotten from other production companies the past few years (the club’s reaction to our debacle three years earlier.The lights dimmed, and a Broadway overture began — some of the best show tunes from the Great White Way.

As that ended, the opening bars of “No Business Like Show Business” struck up, and a deep-voiced announcer proclaimed, “Live from New York, THE ED SULLIVAN SHOW!” With that, as a montage of pictures of the Ed Sullivan Theater and other Marquees played on the big, widescreen, out walked the king of the Ed Sullivan impressionists, Will Jordan.

From that point on, we had ’em. Despite having to announce over 7oo awards, the show took less than two hours. During it, the audience saw a trained animal act — featuring stuffed animals; Croatian Folk Dancers; special guests “out there in our audience tonight”, and even the Beatles (including a ring of policemen guarding the stage).

In addition to the writing and the comedy, we unveiled a more sophisticated art style, thanks to the efforts of Ric, Tim Dodge, Paul Henning, and our art team, Jeff Hangartner and Janice Surdyck. And much of the creative goading, coaxing, and inspiration (and not a few very funny ideas) came from Wyn Becker, who had been hired to be the AE on the Bell ECC account, but who also had little interest in speaker support.That one evening resulted in two years of amazing growth and prosperity. Based on that show, we were awarded the Kirby Vacuum Cleaner annual meeting by Hoffman-York Advertising, a show that eventually was to run two full days at the Auditorium Theater in Chicago, and which featured two different stage plays, one with a giant 50-foot vacuum, and the second, a full take-off on Star Trek, right down to the bridge, the transporter machine, and Captain Kirk, er Captain Kirby.

That led to other national accounts and a very cohesive production team.We were selected by AVL, the aforementioned multi-image equipment leader, to produce their corporate image multi-image slide show (a greater endorsement one could not ask for!) Ric and I worked incredibly well together on this — he contributed some writing ideas, like the frustrated “Mr. Jarvis” who prays that his show will go right, and I contributed the idea for “chip city”.

With this kind of success, we could parlay some money into promotions, and Wyn Becker came up with a great idea: Baseball Cards. These were written about nationally and led to some big pieces of business for us.

Today, the cards, as one of the first examples of “corporate baseball cards”, are listed in some collectors’ price guides! (I’ve still got some, by the way).

We celebrated ten years, had a staff of eighteen, were leasing loads of computer graphics gear, were doing nearly 2 million in sales annually…. and then it ended.On November 1st, 1982, after landing a major account from AT&T International in New Jersey, the writing staff, one or two other players, and I left to start a new company. It was the inevitable outcome of the growing demands of both the creative and the speaker support efforts. My original vision was always that we would be a turnkey audio-visual creative house exclusively. There were plenty of companies already specializing in speaker support. It wasn’t our USP (unique selling proposition).

It wasn’t hard to do— we split assets and liabilities, and that was it. But it was emotional. My new company retained the AVL account, the AT&T account (the new Sorgel Studios was subcontracted by us to do the multi-image part; we did the interactive laserdiscs); and the Milwaukee Journal Account.We even retitled the credits for our AVL extravaganza:

Both companies looked wobbly for a while, but then both companies eventually became dominant in their new areas of focus — Sorgel in industrial theater, and Lee in video and “multi-screen video” meetings. And then, eight years later, on the same day of the same month in the same year, both companies closed their doors. Ric and I met to have dinner, and then we watched Rob Riordan’s wedding tape.The Brien Lee & Company years were very rewarding; if not so financially, then at least in terms of accomplishment, market share, and most importantly, in terms of the wonderful people who worked there — most of whom are today competing with us in the communications business (ed note: as of 1998, when this was written). Some, Like Linda Duczman and Mark Augustine, are having brilliant freelance careers.I turned 40, sold the company to an ex-employee, worked off a two-year no compete at Video Images (an educational and rewarding experience). I re-entered the production field a few years later as Creative Director at Visuals Plus, and was able to build their meeting business and rehire some of our past talented associates there — like Julie Santapoalo and Nancy Wyner. When the owner of Visuals Plus closed the business, I and others were shell-shocked. I worked with my friends at TVL for six months (I had sold many TVL’s in the Midwest at Video Images and Visuals Plus), and then, thanks to the support of David Harnish of Walgreens, for whom, we had produced meetings at Visuals Plus, we re-entered the business as Brien Lee Creative Solutions, Inc., in 1995, and in December of that year was joined by a tremendous talent in the person of Barb Stremick, who now heads up our publishing efforts. (again, 1998). And more recently, Bill Finn joined us to head up our marketing.I won’t be writing much more about these “glory days”, as Mr. Springsteen has called them. I’m much too excited about the future, and the new territories, technologies, and talents that are part of my life now. But you can learn from the past, and what I’ve learned, beyond the skills of writing or editing or communicating, is that what we perceive as success is a culmination of many things. There’s luck, and there’s timing. There are talented associates, and there’s picking the right partners. There’s selecting the right products and markets. There’s capital, in the form of real cash or sweat equity, and often both.And then you paddle like crazy, stand up on two feet, catch the wave, and ride the surf…. keeping your balance as you go.And if you can do all that, it’s one hell of a ride.Thanks for reading this, and thanks to everyone (clients, staff, family, friends, suppliers) who was in the tsunami with me!

This was written nearly 25 years ago when my memory was a bit sharper. I anticipate trying to cover other parts of my career, but I won’t be able to go into as much detail, simply because I’m now 73 years old, and this was finished when I was 50. Some current-day edits were performed for clarity and thanks to better spelling correction algorithms!

(or @brienlee27) and I thank you in advance! 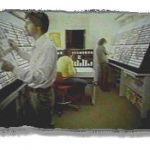