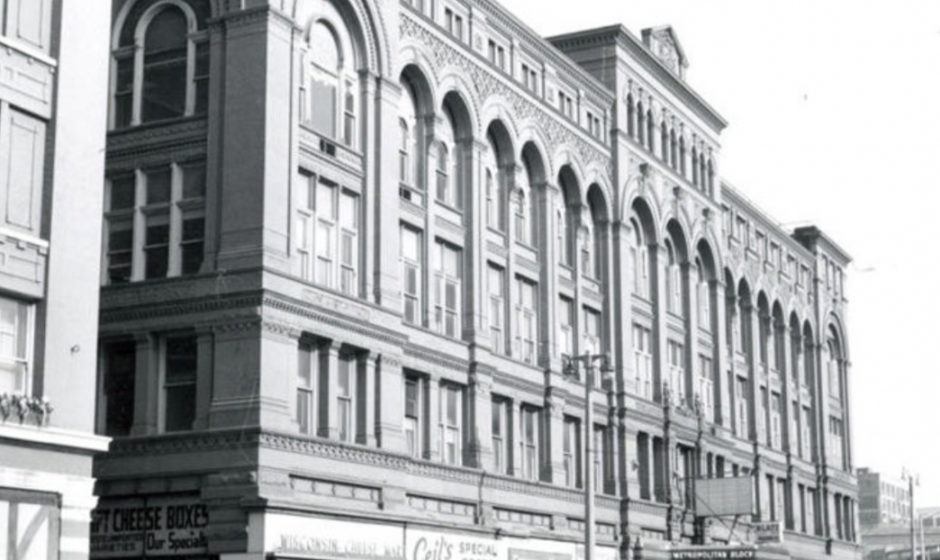 The Metropolitan Block Building Fire was a dramatic blaze that started on a Saturday morning in December and continued throughout the day.

While the building had some historical significance, we never had any delusions about the place: It was pretty cheesy. But it was also cheap, centrally located (when that was a good thing), and had 24-hour-a -day access, which was also important, given our deadline-oriented work habits.

The building — 1012 North Third Street — was occupied by unions, importer-exporters, and other small businesses. On the first floor were Reimers Photo, Roman’s Bar, and Wisconsin Cheese Mart. Usingers, next door, was still making sausage at that site (now they just sell it there).

We had taken over four office areas by the time of the big fire. That included our $20,000 viewing room, offices, audio studios, and a fair amount of audio, slide, and camera equipment

We were young, strong, working 20 hours a day, and loving it. Roman’s Bar downstairs provided ample diversion when necessary, including decent pinball games and plenty of Tab soda (I was perpetually on a diet).

We had made a name for ourselves, first through the arts, and the work we did for them, and then through some higher-profile accounts, like the aforementioned Milwaukee Journal, Schlitz, TV6, Boston Store, and more.

The state of the art was from one to 15 slide projectors, unreliable control equipment to tell what slide to be where when, 4-track tape decks from Flanner and Hafsoos, a couple of old typewriters, and Ric’s camera equipment. Film and processing were our only outside expense, except for the occasional narrator fee from Steve Lutomski, or Ed Hinshaw.

That year we sent out a Christmas card featuring an original watercolor drawing by Dave Sorgel, our artist, featuring a darkened Metro Block Building — dark, that is, except for the lights burning in our second-story windows.

Companies have various personalities throughout their existence — especially small companies. They are defined by memorable groups of people, key projects they were working on, or some defining or special moment.

In the above article, Rob Riordan (he of the press family) gives good quote, saying “It’s like seeing everything you’ve worked for go up in smoke”. And he was right. Everything was working at that point in time. We were a family. We all knew our jobs. There were no sibling rivalries. We were on the way up. And we were having fun.

Rob quoted our monetary loss as “$300,000”. That might have been a stretch, but we were insured for $40,000, which we quickly collected. No arguing with frozen gear, in smoky frozen waters. We were totaled. Not burned out, but frozen out. The fire had stopped on the third floor, and all the firewater had frozen on the second floor.

It turned nasty cold that Sunday. When we were finally allowed in, through the fire escapes, to try to retrieve “business records”, everything in the office was frozen in place, memorialized in ice, like trees that have been frozen in sleet.

Actually, that worked to our advantage, since we later found out that some of the “totaled” gear still was operational, for a while anyway.

The work in progress — the Journal Company Sales Extravaganza — was to feature hundreds of historical photographs from their library, which we had just borrowed for the weekend to shoot for the show.

We chipped them off the icy copy stand, and the Journal Marketing Department sighed collectively.

It was a remarkable time because friends came out of the woodwork. Competitors, suppliers, clients all had something to give. USAV — our dreaded competitor — dried photos and mounted slides for us. Raintree Publishing — a client for whom we were doing filmstrips — gave us space in the Steinmeyer building down the street to base our temporary operations. Our bank — M&I was more than understanding. Our suppliers gave us grace periods on our bills.

And our families gave us strength.

My mother had passed away just the year prior. This was to be the first Christmas my father, brother, sister and I would spend in New Jersey together, without her. They surprised me by showing up in Milwaukee after I told them I couldn’t make it to Jersey.

After a few weeks in the Raintree space, we got enough of our acts together to notice that there was space available in the Steinmeyer building at, shall we say, competitive rates. We took over the old Heart Association space on the third floor, as “was”, so to speak, and set out to get ourselves back on track.

Dave Sorgel with help from Ric built furniture and work platforms to act as room dividers and work surfaces. There would be no closed studios now. We did our soundtracks using earphones, while 20 feet away, Ric edited slides on light tables made from upside-down fluorescent fixtures.

Linda bought a new coffeemaker, the Wisconsin Cheese Mart relocated downstairs, and I bought my first can of coffee with chicory in our new digs.

We delivered the Journal show. Everything would be alright.

Ric and Brien shake hands in the front of their new digs at 205 West Highland Avenue (Steinmeyer Building).

Rob Riordan describes the first of many master plans to land the elusive Miller account.

Arthur Godfrey. He has nothing to do with anything.

My Life in Multi-Image: Sorgel-Lee, Part 4  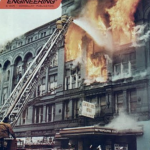 My Life in Multi-Image: Sorgel-Lee, Part 6